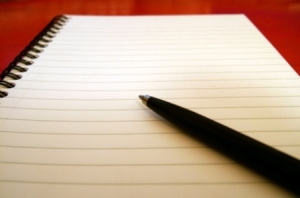 Many years ago, when I first began my professional career, I worked with a gal who became a quick friend. We were in different departments, but we clicked instantly. She’d just gotten married, I was engaged. We were young and happy and upwardly mobile.

Shortly after our friendship was cemented over dinners out and shared wedding pictures and mingled laughter, my friend and her husband had a beautiful baby boy. We marveled at his chubby cheeks, his sausage legs.

I changed jobs, and we didn’t see each other quite as often. We sent Christmas cards, called once in awhile, drifted apart. She and her husband and her young family moved away. Our paths had crossed, and just as quickly, they’d uncrossed.

One Christmas, our card from them never arrived. Life had gotten the best of us, and we’d let too much time pass. After the holidays, I called her — just to say “hi.” Just to check in. Just to catch up.

Her voice on the phone was distant, dull, different. She said she hadn’t sent Christmas cards that year. She couldn’t.

That beautiful baby boy? The one with the sausage legs who’d grown into a towheaded, blue-eyed toddler? He’d died. In a horrible, tragic, heart-wrenching accident. One his sweet mother would never, ever be able to forgive herself for.

We cried together on the phone that day. There were no words.

And after that, she drifted away. I called periodically. Then I wrote. Then I called again. When she didn’t call back, I stopped calling. Not because I was angry or upset, just because I respected her need for silence, her unspoken plea for privacy. I wanted to simultaneously give her space and hug her tightly. I was afraid, though, that I’d squeeze out the little life that remained in her. Perhaps if we’d stayed closer? Perhaps if we’d held each other a little more tightly? It was tricky terrain that I wasn’t sure how to navigate. And I never heard from her again.

She has haunted my thoughts ever since. For almost twenty years, I have held her closely in my heart. Mourned her loss. Searched for her online. Wondered how she found the strength to take a breath. And then to take another.

Her story is every mother’s unimaginable nightmare. The darkest fear with the oily hands and the fetid breath took her baby from this world into another. She lost a child.

She lost her child.

And so, I vowed to someday write her story, to honor her son’s memory. Fictionalized, of course. But the story of her heavy heart and her wounded soul. The story of his beautiful blue eyes.

I am working on it now. It’s my next novel, tentatively titled, “One Brown, One Blue.” The protagonist in the story is not my distant friend. I made my main character, Whitney, as different from my friend as I could possibly make her — her age, her hair color, her personality, her story. But what is the same is her loss. Her soul-stealing, breath-stopping baby loss. The one every mother can imagine and fear and almost taste.

It is not an easy story to write. It’s dark and fraught with danger. I worry sometimes that I’m looking too deeply into my own darkest hour — like I’m opening a Pandora’s Box of uncontrollable fate-tempting. But this story needs to be told. Those babies, those lives, that loss needs to be given a voice.

During my research, I’ve found other mother stories. Tales of other babies lost. They bring me to my knees. Each and every one of them. Sometimes, the grief is so palpable, I’m afraid to look it in the eye. Sometimes I have to curl up and cry and breathe and begin again.

And then I sneak into my kids’ rooms in the middle of the night just to watch their chests rise and fall like I used to when they were fresh and new and sweatily cocooned in their cribs. And I remember to never, ever take a moment of this for granted — this beautiful, tragic, hilarious, spiritual, tumultuous march of life.

Every single blessed breath of it.

You are not forgotten, my friend. Your beautiful boy is remembered, too. Always. Always.

Professional copywriter, author, friend, lover, dreamer, drinker of red wine.
View all posts by Katrina Anne Willis →
This entry was posted in Write On and tagged gratitude, losing a child, One Blue One Brown, researching a novel, the writing life, writing a novel. Bookmark the permalink.